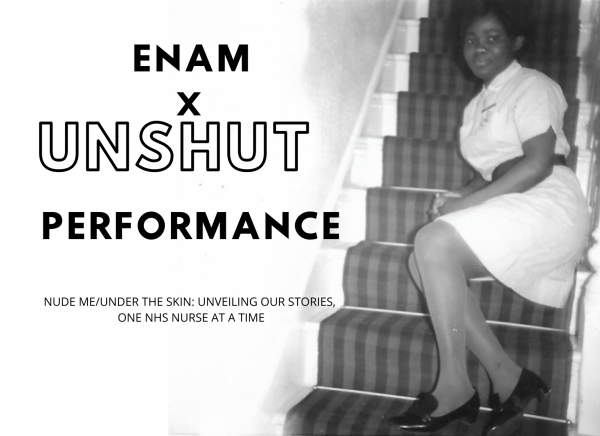 Nude Me/Under the Skin: Unveiling our stories, one Black NHS Nurse at a time, livestream performance for Unshut Festival Sheffield

This July 2020 performance paid tribute to the Black nurses of the NHS from the period of Windrush onwards whose voices and stories have gone unheard. It also tied to Enam’s practice, exploring the history of nude tights as it intersects with the black woman by weaving in the story of Black NHS nurses who wore tights as part of their uniform. Through a public call out, photographs and anecdotes of these women were collected and transformed into artworks that became the foundation of the live performance. Hosted in the artist’s home the performance saw the artist create a web of tights which became the protective nest through which stories of these Black women who gave so much of themselves to Britain, their community and family were told.  By knitting their stories into the fabric of the tights it physically enacted the knitting of these stories into the fabric of history. And while the artwork made with tights is ephemeral the stories it absorbs will live with it and remain in any new works Enam creates with them. Further with the performance being recorded this real documentation becomes archival artefact ensuring their history is immortalised.

Created and performed during the COVID pandemic the performance held particular countenance as once more Black and people of colour are overlooked in the praise to NHS workers. This performance recognised them and their stories which likely mirror that of their predecessors too. 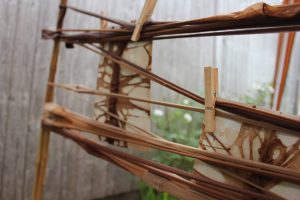 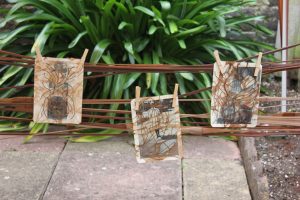 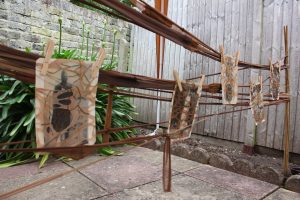 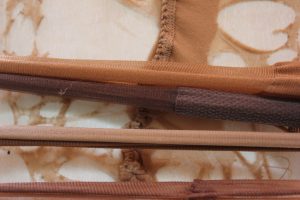 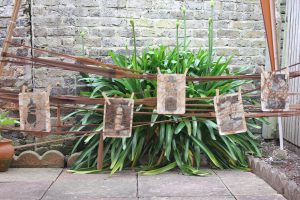 Nude Me/Under the Skin: Unbinding a path to Black Women’s healing one pantyhose at a time