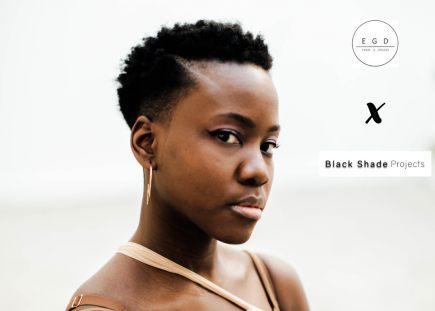 In February 2020, Enam Gbewonyo embarked on her first durational performance with new piece ‘Nude Me/Under the Skin: The Embalming of Black Women’s Visibility one Pantyhose at a time’. The performance was delivered for arts platform Black Shade Projects in partnership with 1-54 Contemporary African art Fair, Marrakech where it formed part of their public platform. It was developed exclusively for and in conversation with the Dar Bellarj exhibition, ‘The Archeology of intimacy: Memory and imagination of the photographic album’ which featured works by artists Hassan Hajjaj, Laila Hida and Nour Eddine Tilsaghani. The performance continued the journey first explored in the Awakening (I + II) performances.  Each of the exhibiting artists worked with a group of 11 local women from the Médina and in that spirit Enam collaborated with them as well. The women provided items for the performance installation and kicked off the performance by playing traditional Derbouka music.

The performance was centred on a continued journey of healing and reclamation for black women. Woven over 8 hours in total the aim of the cocoon was to create a safe space where the now reclaimed and awoken black woman can exist. Enshrined in that space the pressures, malice and daily subjugation black women endure – contextualised in the performance with the use of photography of black women – are unable to penetrate. Using photographs of her mother was a comment both on black women’s role as nurturers often to others and at the expense of their own families as well as how the pressures to assimilate manifest in black women. 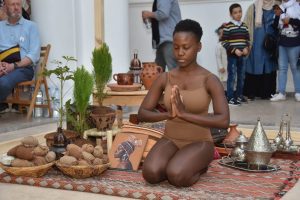 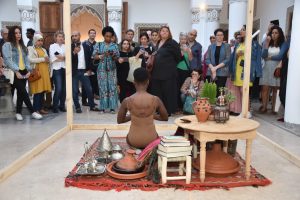 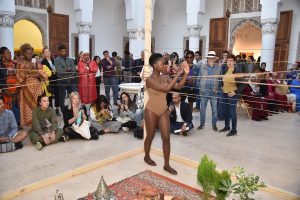 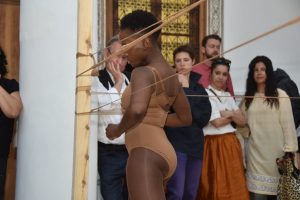 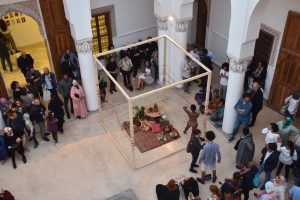 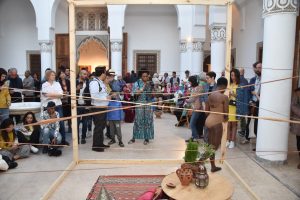 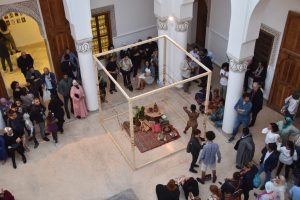 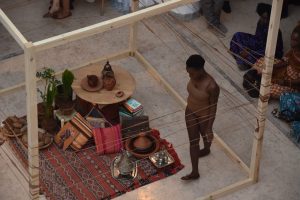 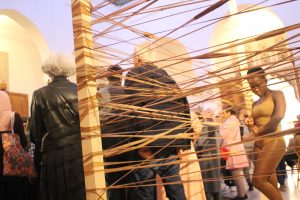 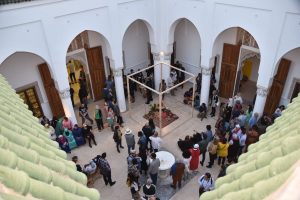 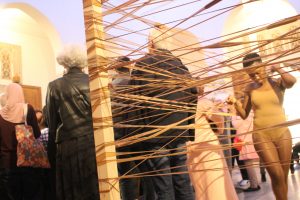 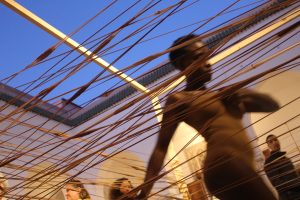 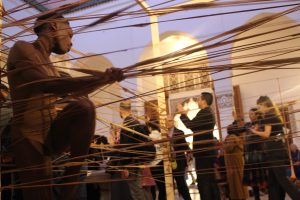 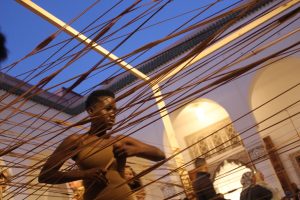 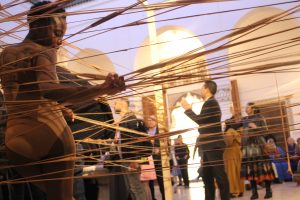 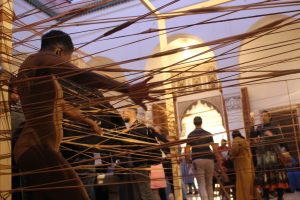 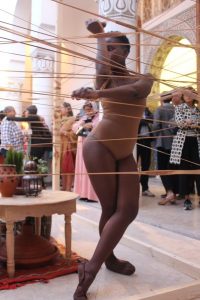 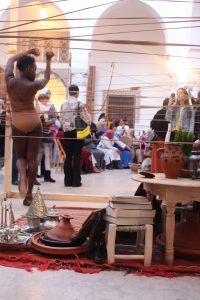 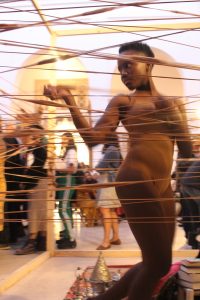 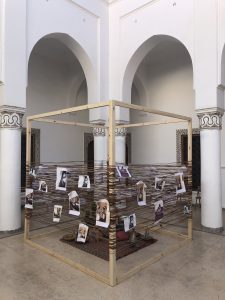 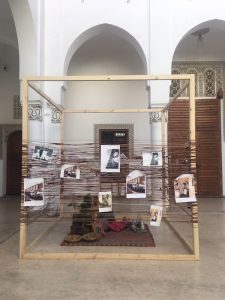 Nude Me/ Under the Skin: The Awakening of Black Women’s Visibility one Pantyhose at a time, GOSSAMER Private View, Carl Freedman Gallery

Nude Me/Under the Skin: Unveiling our stories, one Black NHS Nurse at a time, livestream performance for Unshut Festival Sheffield