Nude Me/ Under the Skin: The Awakening of Black Women’s Visibility one Pantyhose at a time, GOSSAMER Private View, Carl Freedman Gallery

On Friday 27 September Enam Gbewonyo once again performed the piece, ‘Nude Me/ Under the Skin: The Awakening of Black Women’s Visibility one Pantyhose at a time,’ at the opening of Gossamer at Carl Freedman Gallery in Margate.  Curated by Zoe Bedeaux, Gossamer brought together 22 artists who all work with the medium of tights or stockings. It featured works from early-twentieth century pioneers including Man Ray and Louise Bourgeois through to celebrated figures including Sarah Lucas and extend to contemporary talent such as Enam Gbewonyo and Ma Qiusha. Alongside Enam’s performance, the exhibition included two of her works, the new piece ‘Bigger than the picture they framed us to see’ and the installation piece, ‘The Oculus/ The Third Eye’ which is activated for the performance. 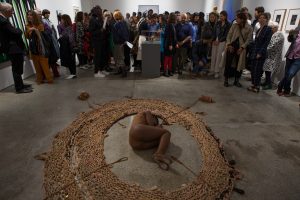 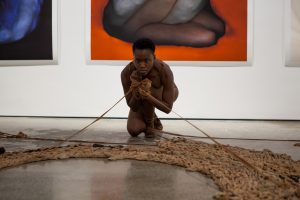 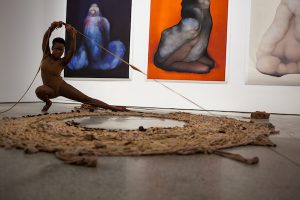 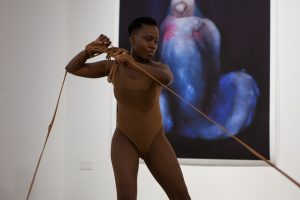 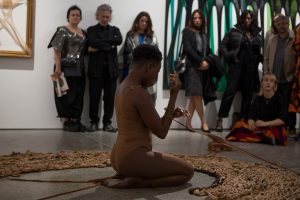 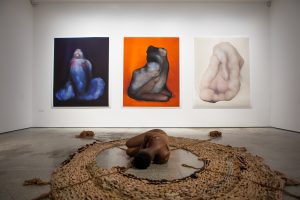 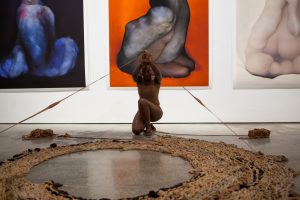 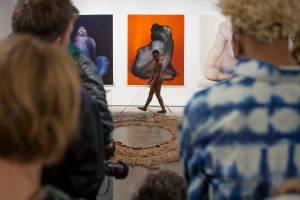 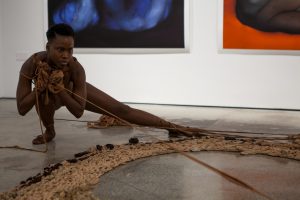 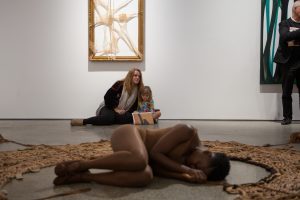 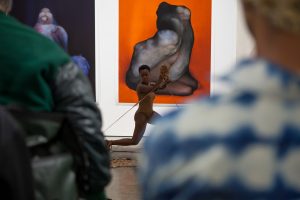 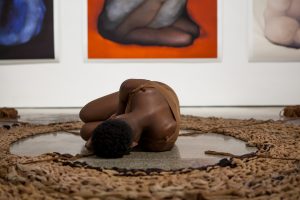 Nude Me/Under the Skin: The Awakening of Black Women's Visibility one Pantyhose at a time, Part II, Christie's Lates